Crossroads was incorporated in September of 1998, as “Crossroads of Illinois, Inc.” It was founded by Bern and Jeanne Bertsche, the owners of Camcraft, a precision machining company located in Hanover Park, Illinois. Camcraft, which was founded in the 1950’s and relocated to Hanover Park in the 1990’s. Shortly after moving into its new neighborhood, Camcraft was the victim of vandalism as graffiti was painted on a retaining wall outside the plant. After speaking with the police, it was suggested that one way to avoid such activity in the future would be for Camcraft to build relationships with children and youth in the community. Soon, Camcraft began a school-business partnership with Parkwood Elementary School. This partnership continues nearly 20 years later, with students from the fifth and sixth grades visiting Camcraft several times during the school year and learning trade-specific skills from employees who volunteer their time over lunch.

As this program was starting, Mr. Bertsche personally spent time with some of the Parkwood students when they would come over to the company on a weekly basis. It was there, interacting with these children, that he saw the need for the students to learn about God’s love for them. Many students needed to discover the hope that only a right relationship with God can bring. Since the school-business partnership took place during the school day, talking about faith was not something that could happen as part of this time because of church-state separation issues. So, during the spring break of 1998, the Bertsches and Camcraft sponsored a Bible club that took place in the building of Evangel Assembly of God, which is across the street from Camcraft. The club was such a success that the Bertsches decided to continue hosting a weekly after-school Bible club at Evangel for the rest of that school year. Enthusiasm from the leaders and students was high, and the Bertsches sensed that the Lord wanted them to move forward with these efforts at working with students both through the school-business partnership and through the after-school Bible clubs.

In June of 1998, Matt Armstrong was hired by Camcraft to lead their efforts at developing the after school ministry to the children of the community. The goal was to develop a ministry that would impact the children in the Parkwood School community by sharing the Good News with them. Prior to working with Camcraft and Crossroads, Matt had been a public elementary school teacher. Within a year or two after Matt started working with the Bertsches, Kids Club moved out of Evangel Church and began meeting right inside of Parkwood School immediately after classes. It wasn’t long before a second club began at Sunnydale School in Streamwood, Illinois. Soon, Kids Clubs were established in multiple schools all around Hanover Park and Streamwood. In 2007, we changed our name to be “Crossroads Kids Club” because it says who we are much better than our previous name.

From 1998 – 2011, the goal of Crossroads was to impact children and families in our local community. We were even part of launching a new, non-denominational church in Streamwood to more effectively reach children and parents.

A New Vision for the 21st Century

In the U.S. there are approximately 39 million children in roughly 89,000 public schools. There are well over 300,000 churches in the U.S. Beginning in 2011, Crossroads shifted its focus from being a neighborhood ministry that directly serves children in our own community to being an organization that helps churches around the region to serve kids in their local public schools. Ultimately, we aim to build a model that is scalable to the nation so that every school will be connected to a local church in its community.

You can watch the 20-year documentary of our story below!

Giving a gift of stock is easy. To complete an electronic transfer of stocks, bonds, exchange-traded funds (ETF’s) or mutual funds from your account directly to Crossroads Kids Club, simply provide the following to your broker:

Please contact Matt Armstrong at [email protected] to notify of your gift or for additional information.

GIVE OTHER NON-CASH ASSETS

To give other non-cash assets such as real estate or business ownership interests, you can contact CEO Matt Armstrong at:

You can send a check by mail, payable to Crossroads Kids Club, to: 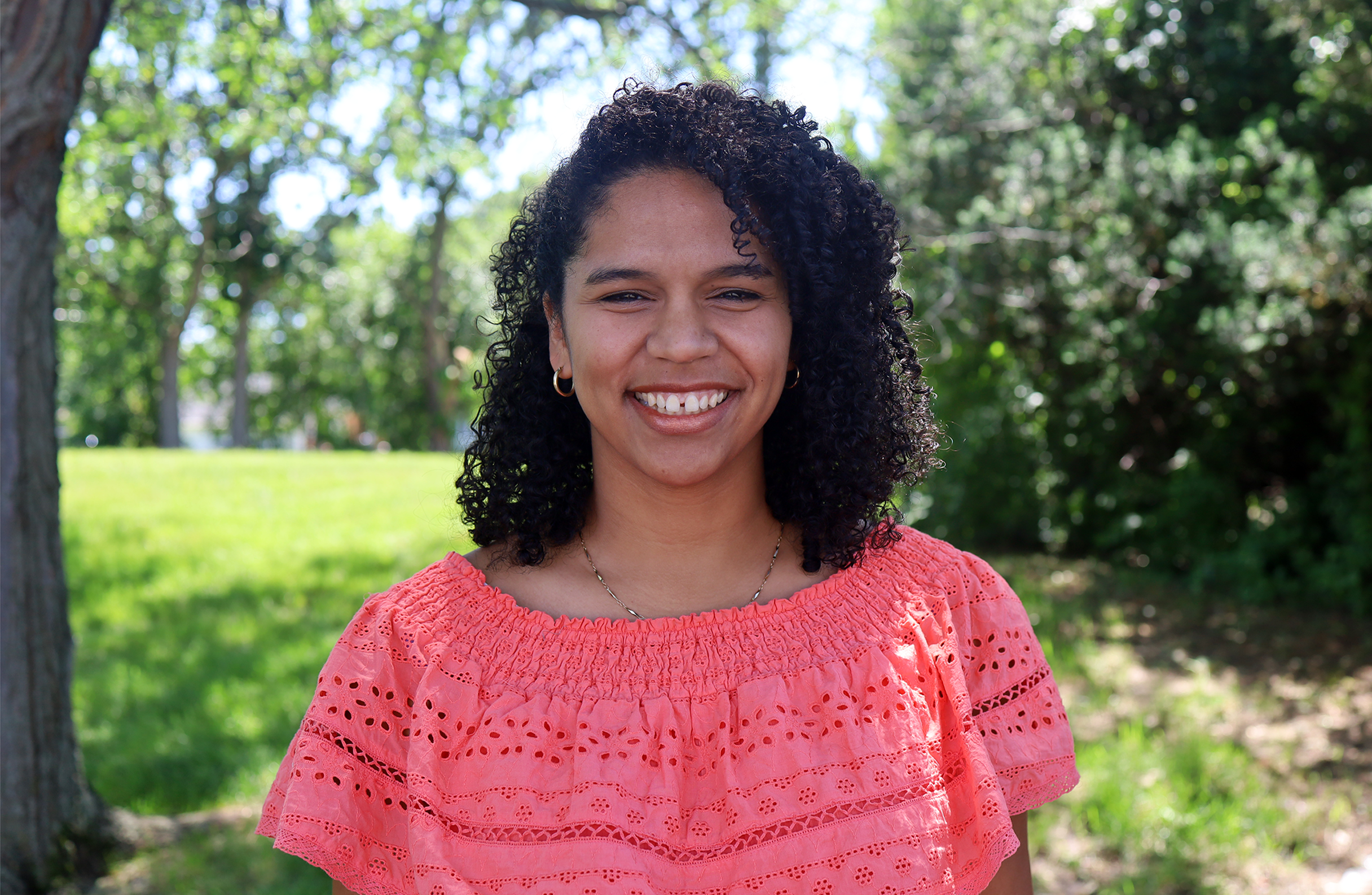 When I was first invited to a Crossroads club I couldn’t go for months until I found a way to get out early from work for one day. And then I told my boss I had to go back. I started to serve in children’s ministry in my mid-teens and have enjoyed getting to know and understand their life circumstances in order to teach better. I graduated from Moody Bible Institute with a degree in Communications and Bible and later from their seminary with a degree in Biblical and Theological studies – so it is a dream come true to teach unchurched kids about God and the Bible and to be part of a ministry that does that.

I was born in the Dominican Republic, lived in Massachusetts & Illinois and I currently live in Florida, defrosting, with my family where God has started a church plant, and we get to be a part of it. I look forward to hearing about you. 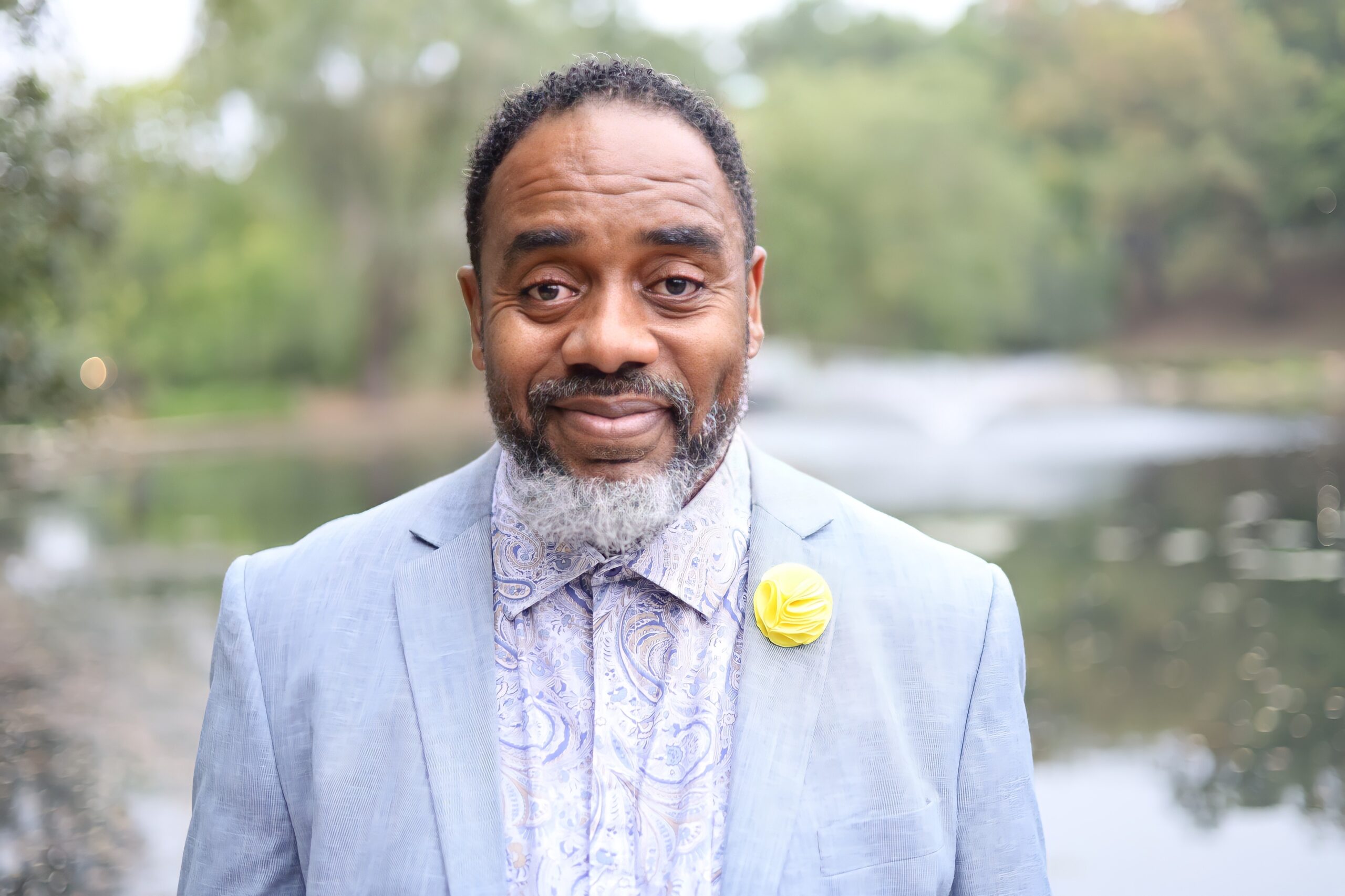 My early years growing up in the Englewood Community were filled with fun, friends, family and a bright future. Being educated in the Chicago Public School system sure had its difficulties, but with passionate educators our community thrived and was inspired. Soon after graduating from Simeon Career Academy, I enlisted in the United States Army Reserve. I served for eight years including three years of active duty during Desert Shield and Desert Storm.

Some of my proudest accomplishments are being married to my wife, Cheryl, for nearly 30 years and raising our (now) young-adult children, David and Melody. Besides working with Crossroads, I pastor a passionate church serving the south side of Chicago where I grew up. Rhema Revealed Worship Center International is a church in the community and for the community. I’m excited that our church is partnered with Crossroads, and I am thrilled to work with Crossroads to reach even more children in our nation’s cities. 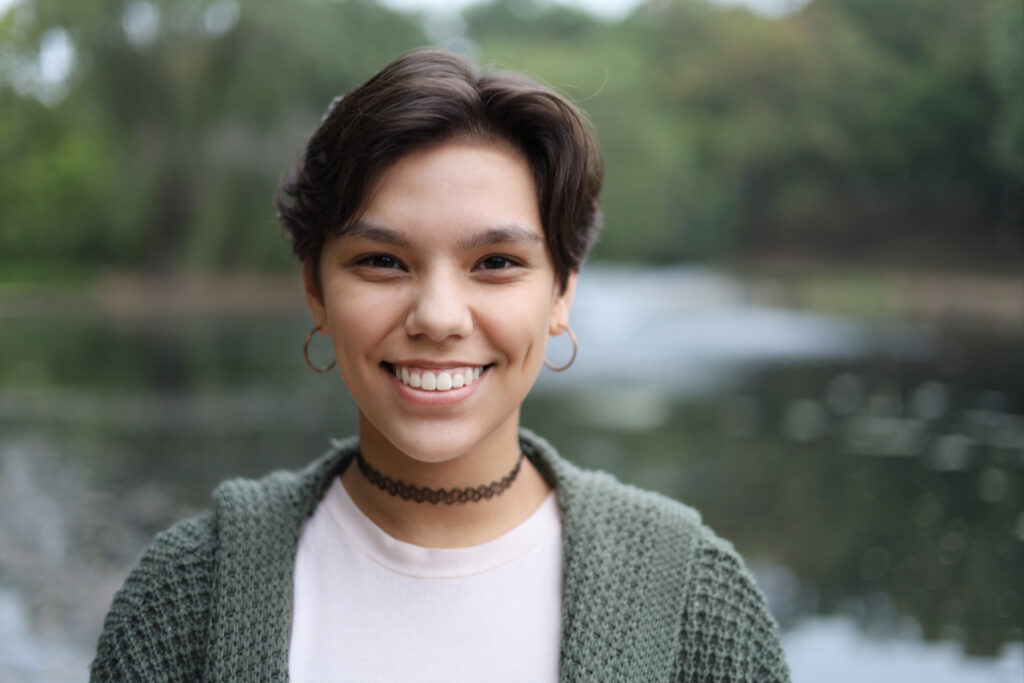 I am a Wheaton College graduate with a Bachelor of Arts degree in computer science, and I am considering continuing my education with a focus on teaching. I consider myself a “global citizen,” as I have lived in Laos, the Philippines, Ethiopia, Thailand, and most recently, Vietnam. Because of this, I especially have a heart for international ministry and outreach. I love making art, crafting, reading science fiction and learning new things from people around the world.

Through my experiences in IT, God has inspired me to see technology as a powerful communication tool for his kingdom. I am excited to see how technology can impact the mission of Crossroads and what God will do through our website and mobile application development. 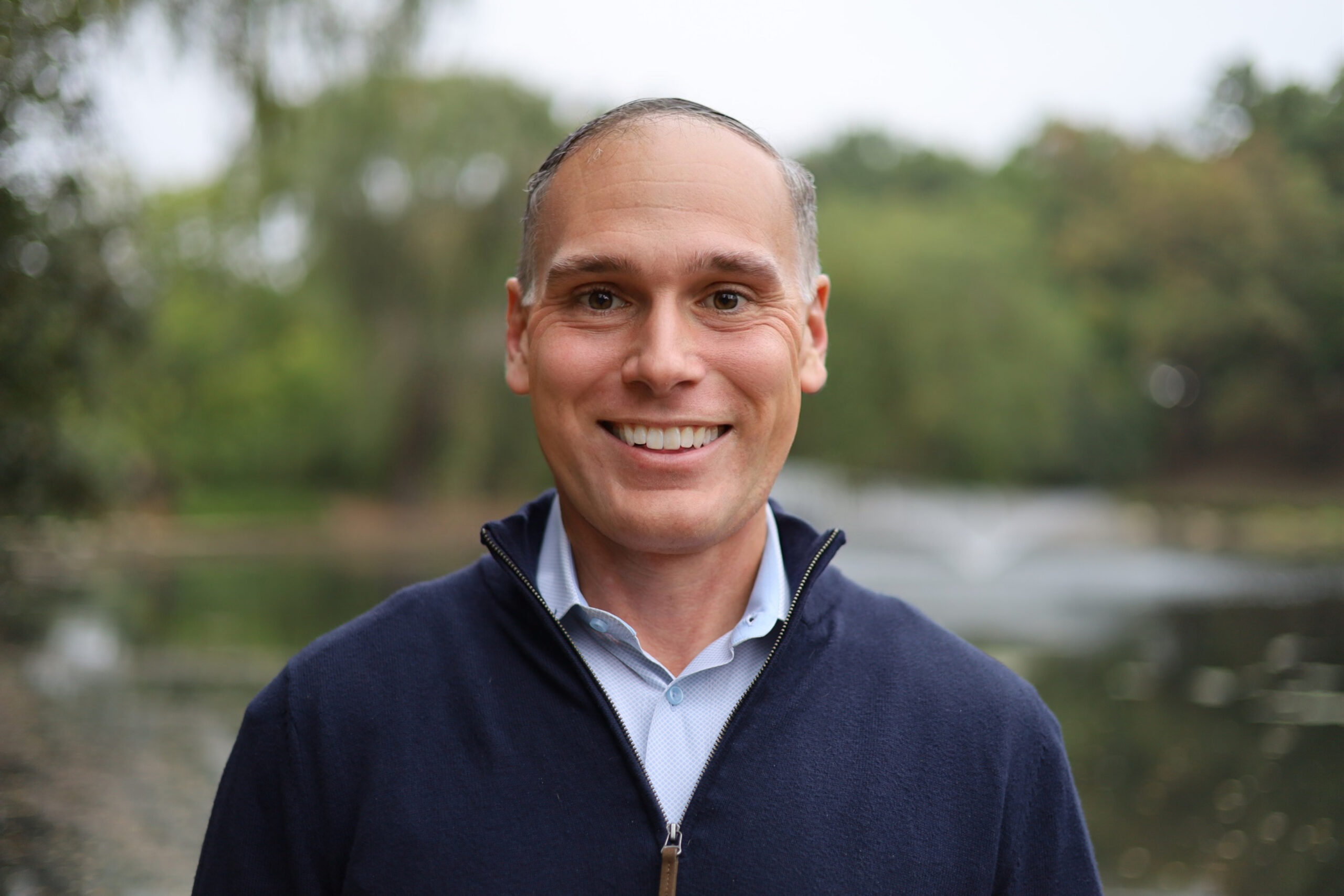 Since high school, I have had a desire to serve vulnerable kids. It breaks my heart to see kids who are abused, neglected, lonely, in poverty or otherwise hurting. I long for them to experience the love of God through a personal relationship with Jesus. I’m passionate about Crossroads because I have seen the gospel bring hope to so many children, and I believe that we can transform our world if we can reach our kids.

I am married to the love of my life, Adriana, and we have two amazing daughters and a godly son-in-law. I hold bachelor’s and master’s degrees from Wheaton College and Wheaton Graduate School along with a professional certificate in nonprofit and philanthropy from Northwestern University. I enjoy running, gardening, walking the dog and investing time to encourage the next generation of Christian leaders over a good cup of coffee. 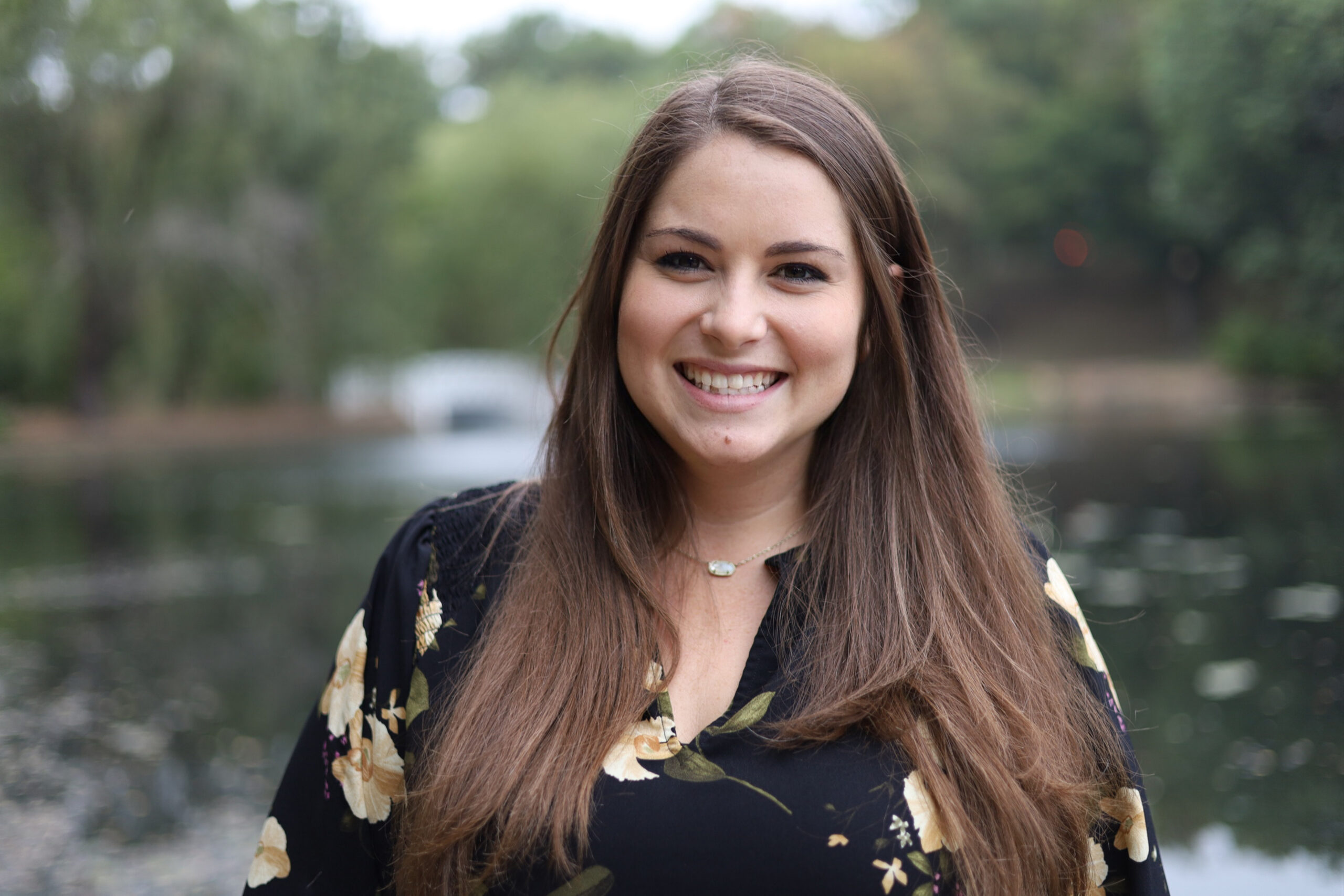 When I was in middle school, I went through a rough season of life. School was a place I felt isolated and hurt. But one day, I was invited to a club that took place once a week after school. I walked in the doors of the Crossroads club at my school, and I felt welcomed and cared for. I made friends, grew in my relationship with the Lord and enjoyed every minute of being a part of that club.

Later, God led me into ministry to help kids come to know him. I worked in youth ministry in Houston for almost eight years and then God led me back to Crossroads to help others pour into the lives of kids in public schools.

While in Houston, I met my husband, Alex, and we are expecting our first child in February. I graduated from North Park University with a bachelor’s degree in youth ministry. I love spending time at the dinner table with my family, cuddling my dog, listening to country music and helping caring and consistent adults reach kids with the gospel of Jesus. 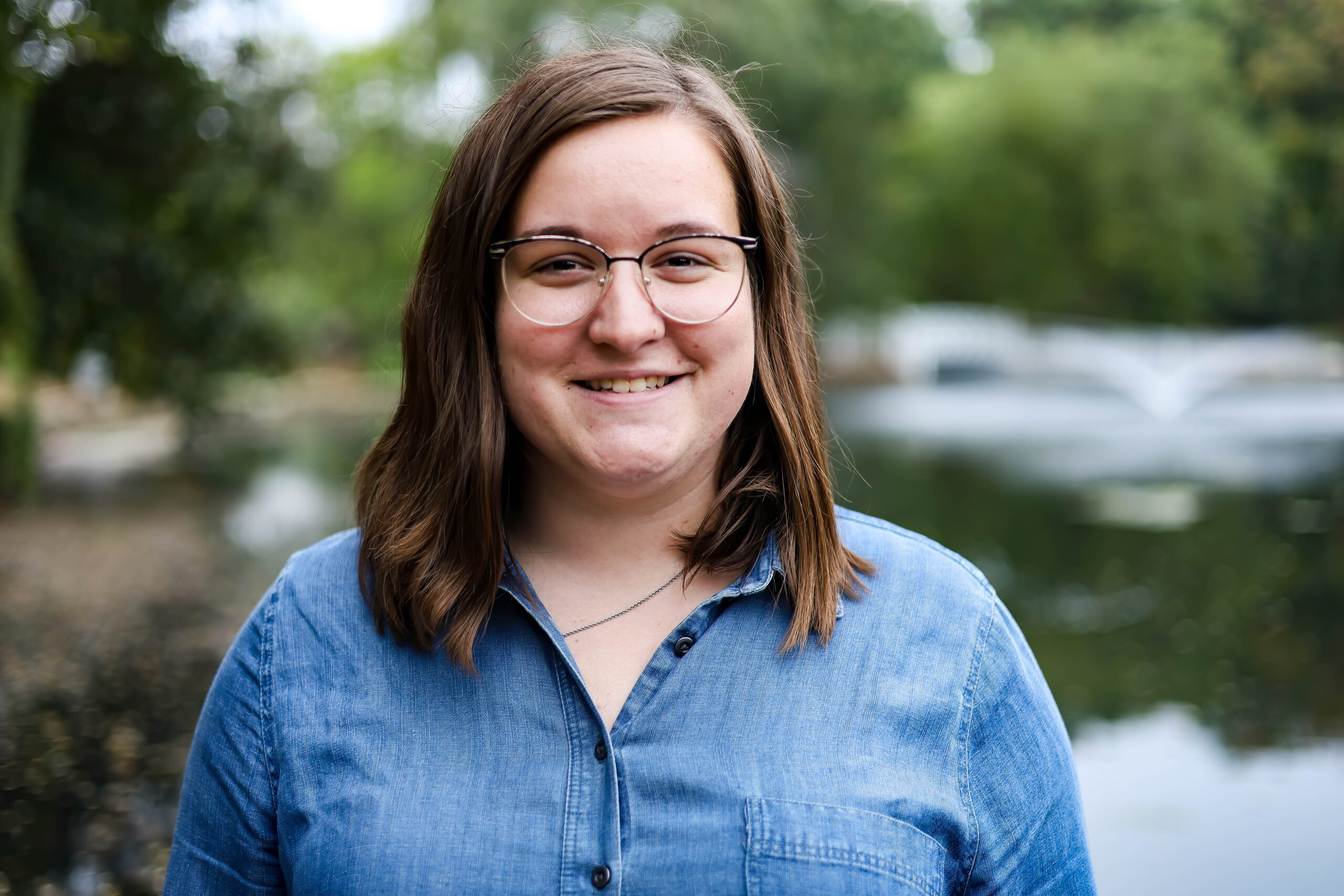 The Lord has planted in me a desire to see children as integral members of the body of Christ. When Jesus returns, there will be children on the earth, and the Lord’s desire, and mine, is that they would be ready to welcome him! My hope and prayer is that as children come to know Jesus as he truly is, their hearts would be captured by him, and he would become their greatest joy.

I joined the Crossroads staff team in March of 2020 before graduating a few months later with a bachelor’s degree in Christian formation and ministry from Wheaton College. I’m originally from Woodbury, Minnesota, but I have made Illinois my home to serve on the Crossroads team. I enjoy discipling the youth and kids at my church, connecting with my local community and meeting new people. 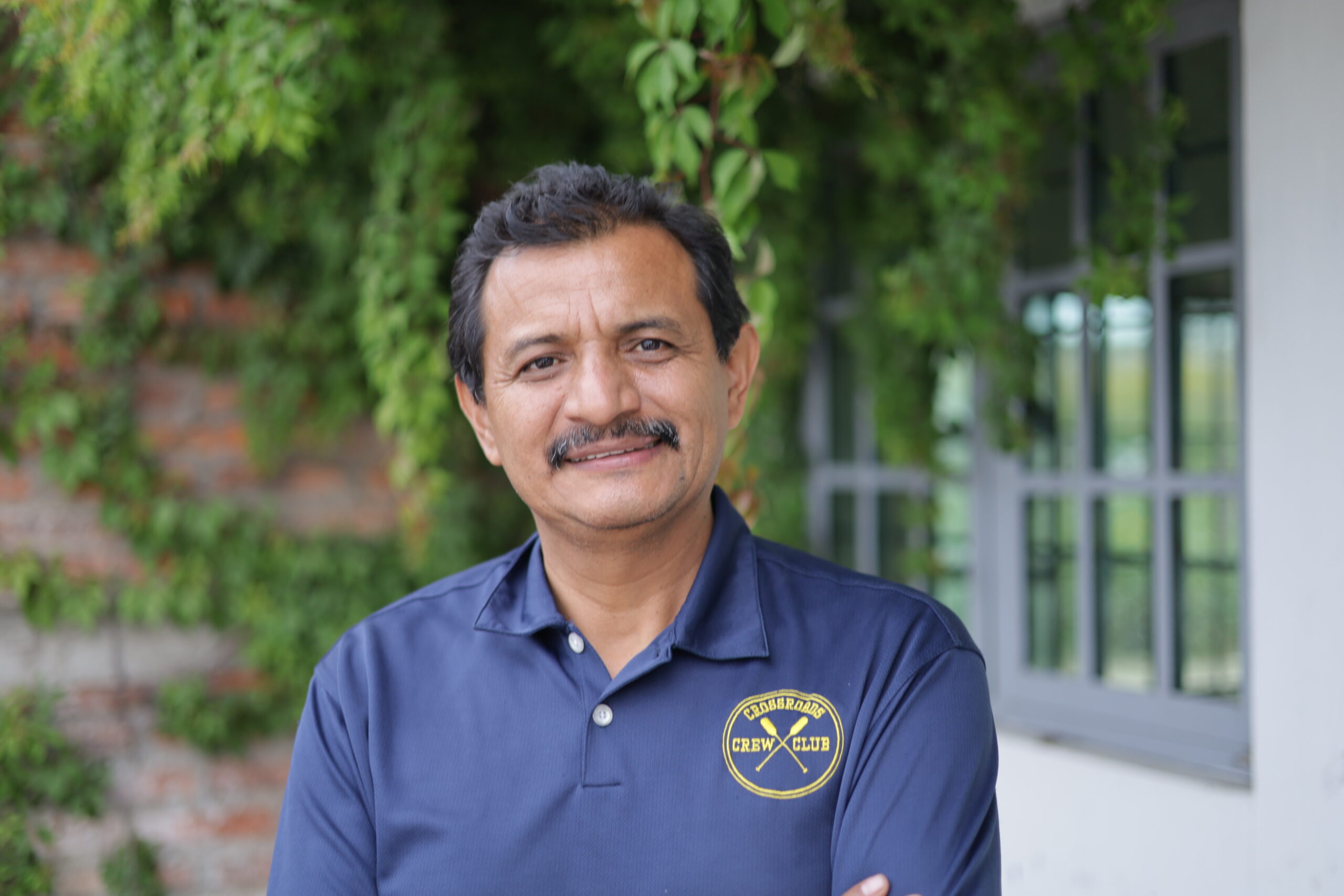 My passion for reaching children comes from my personal experience. When I was a young, I was steeped in fear, loneliness and despair, but God brought a pastor into my life who had a calling to disciple children. Through this mentoring relationship and studying God’s Word, my life began to change as I came to know Jesus as my Savior. I understood that the purpose of my life was to bring praise and glory to the heart of God in everything I did.

I entered Bible college at the age of 15, knowing that I had received a call from God to reach children with the gospel and to disciple them. I received a bachelor’s degree in ministry, and later I earn another bachelor’s degree in law and a master’s degree in theology. I have been a pastor for 33 years. I grew up in Guatemala, but 25 years ago my wife and I were sent to be missionaries in Mexico. Although she is Mexican and I am Guatemalan, we both see Mexico with eyes of mercy. We are the parents of a son, daughter-in-law and two daughters. I am passionate about the vision and mission of Crossroads, and it is my joy to share it with leaders in Latin America.